The RWI market was stable at a fairly steady pace for the last four or five years. R&W saw consistent growth in the following areas every year since 2016:

As a result, we also saw growth in the number and sometimes the severity of claims. Both the number of claims and the amounts being claimed and paid out increased.

Despite this growth in claims, the market remained steady.

One less talked about aspect in the industry has been the quietly growing challenge in human capital. The ability to underwrite M&A risks or advise clients on the complexity of this line of insurance can’t be learned or taught overnight. M&A lawyers or insurance experts need time to transform into an underwriter or broker for reps and warranties insurance.

The process is different from all other insurance lines, including a unique skills set. In the last quarter of 2021, when deal numbers skyrocketed and demand outstripped supply, the human capital challenge was a major contributor to the suddenly hardening market.

It is normal for us to see an increase in deal activity at the end of the year, making it easy to anticipate and handle. However, 2021 was an unprecedented year of dealmaking and the end of 2021 continued to provide activity beyond expectations, as shown in the following: 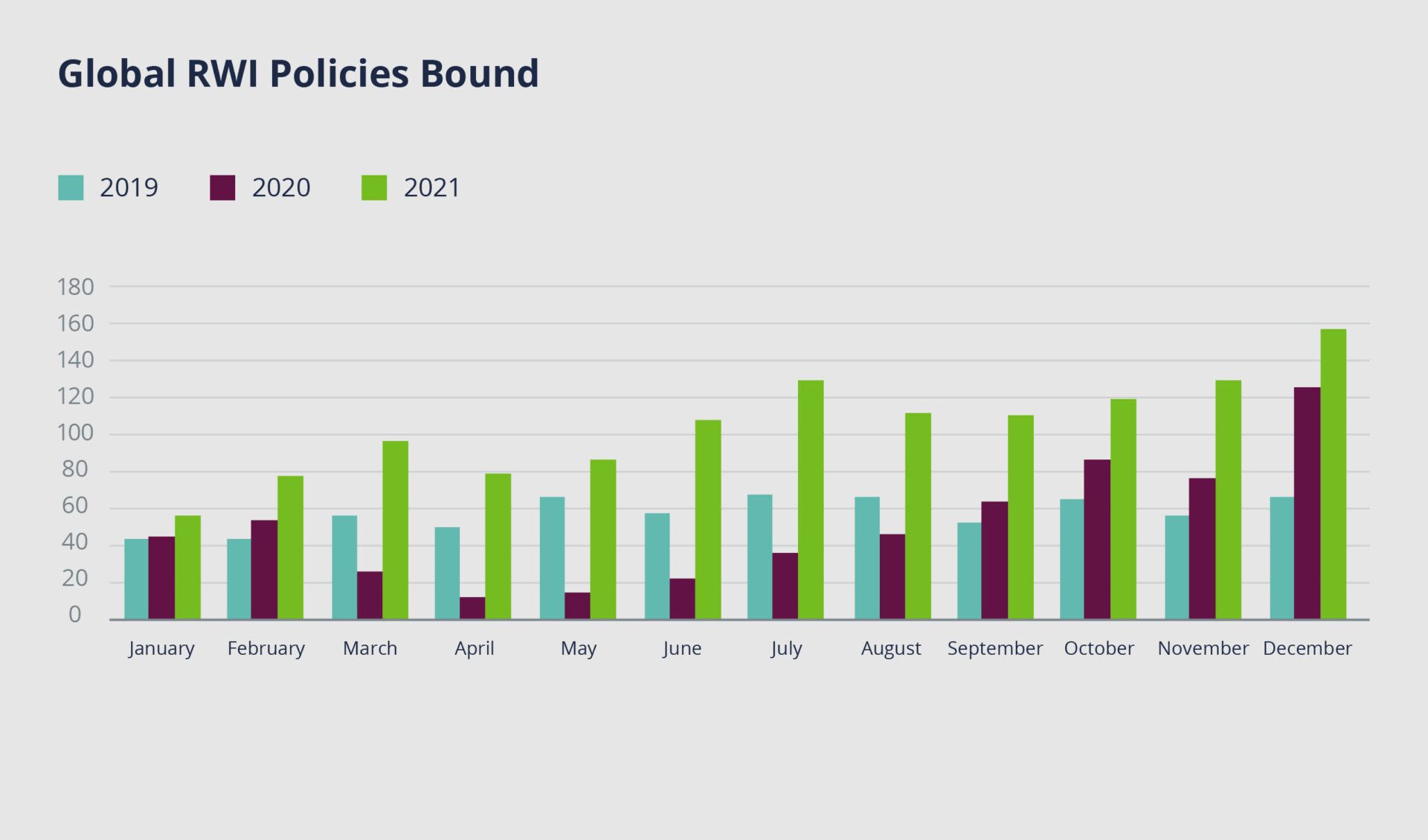 The result was too much demand and a dire lack of supply. Underwriters struggled to keep up and eventually became exhausted. Most of the underwriting markets had fulfilled their budgets by mid-year and many had restrictions on how much of any one type/class of business they could write in any one year.

Deals in the healthcare and financial services industries were hit hard in this area. As a result, fewer quotes were issued, the pricing was substantially higher, and the terms were less favorable.

January brought an abrupt change in deal flow. The sudden drop in activity and the new year brought a few results. First, carriers now have enough people le to work on more deals and to price more risks. Second, as RWI is non-renewable business, the budgets maxed out at 2021 year end are now back to zero. The same is true for the limits on how much of any one type of business can be written. The question now that the crush is over is will pricing return to normal?

Looking at the last quarter we can already see that January is beginning to show signs of change. The graph below shows pricing and deal volume volatility trends from November of 2021 through January of 2022. 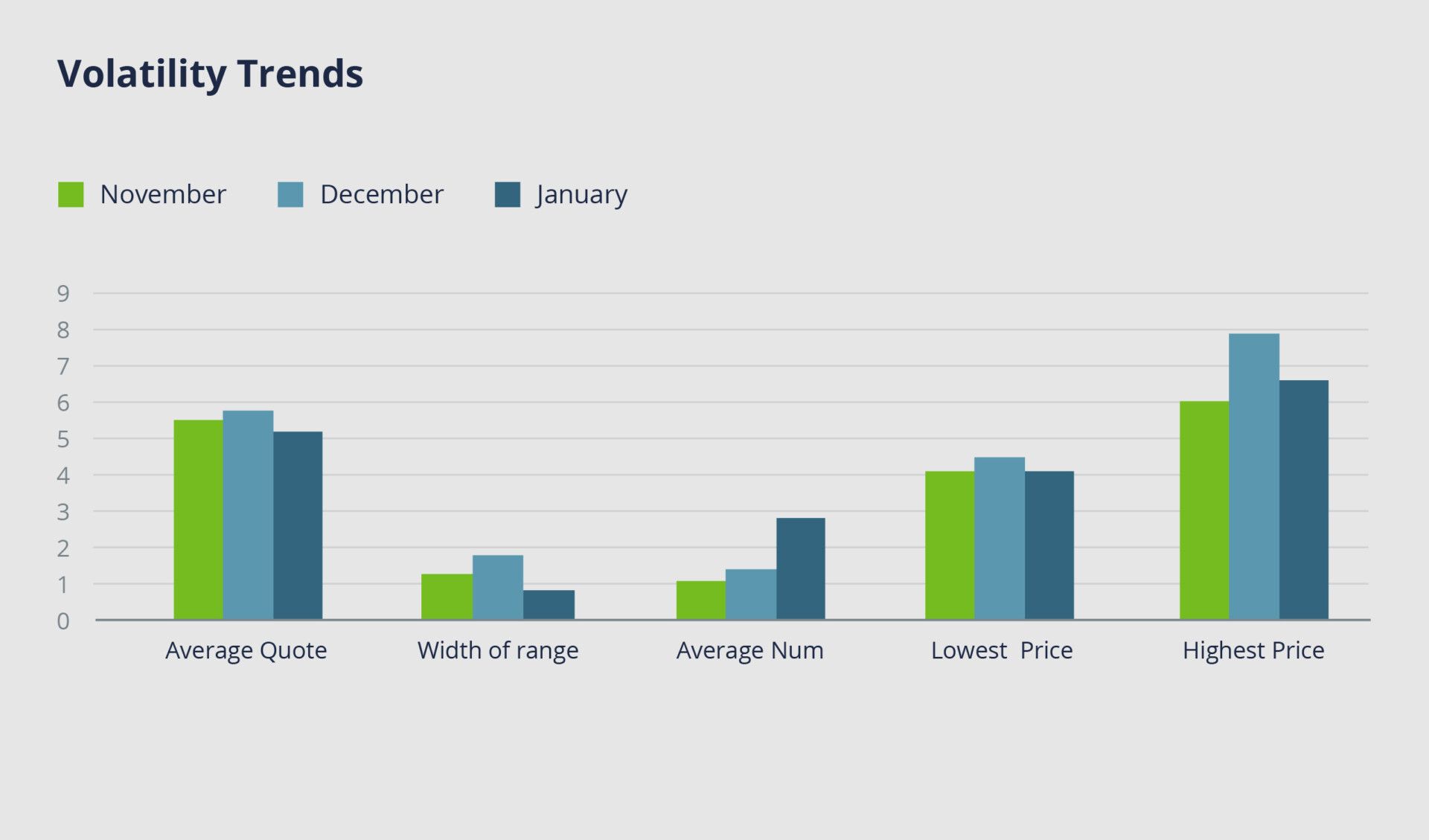 More specifically in January the numbers looked like this: 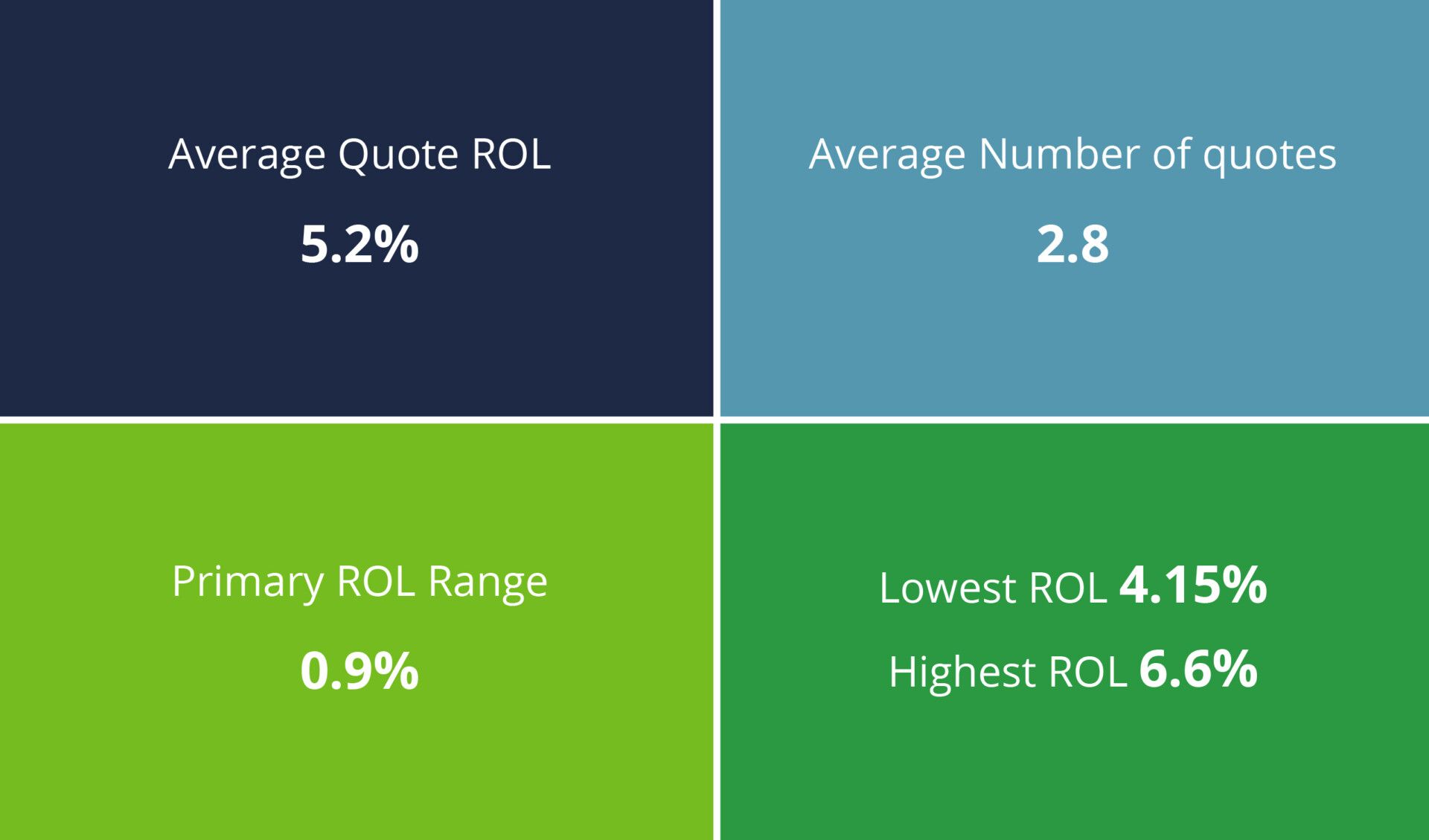 * ROL stands for Rate on Line and means percentage price per million.

These numbers lead us to the following observations.

In summary, as expected January’s reduction in deal volume resulted in an increase in competition, notable as the increase in market availability returns to normal. We have yet to see a return to mid-2021 pricing but it’s too early in the year to tell if pricing in the range of 4-5% ROL is the new normal and if it will hold.

Anecdotally, underwriters tell us that individually they aren’t sure what pricing will look like going forward. Claims are increasing, so there is pressure to keep pricing higher. However, there comes a point when the economics of using RWI no longer make sense for some deal terms. Finding the right price threshold is a delicate balance.

RWI continues to grow as new insurance markets enter the space. There were two new entrants in the last few months alone. One of these is targeting very small limits and a more commoditized product at a reduced price.

Shifts in the M&A Market

We must also take into account shifts in the M&A market and the impact that has on demand. If inflation continues and interest rates rise as a result we will see an impact on both the cost of borrowing and on valuations. If this is enough to slow M&A activity remains to be seen but reduced demand will also impact pricing.

Another potential impact of a increase in interest rates is that premium invested in the bond market does better leading to a greater interest in writing new business and a more relaxed attitude to underwriting as a result.

We are likely to see additional shifts in the market, so 2022 should prove to be an interesting year.