A deadly storm system pummeled the southern and central U.S. this weekend leaving many areas flooded. The weather system extended from the Canadian Maritime provinces to Texas, and brought gale force winds and widespread flooding from the northern Midwest through Appalachia.

Flooding will continue to be a threat this week, the Weather Channel reports, as more than 200 river gauges reported levels above flood stage from the Great Lakes to eastern Texas. Floodwaters on the Ohio River in Louisville and Cincinnati are at their highest level in about 20 years.

Flood damage is excluded under standard homeowners and renters insurance policies. However, flood coverage is available in the form of a separate policy both from the National Flood Insurance Program (NFIP) and from a few private insurers. 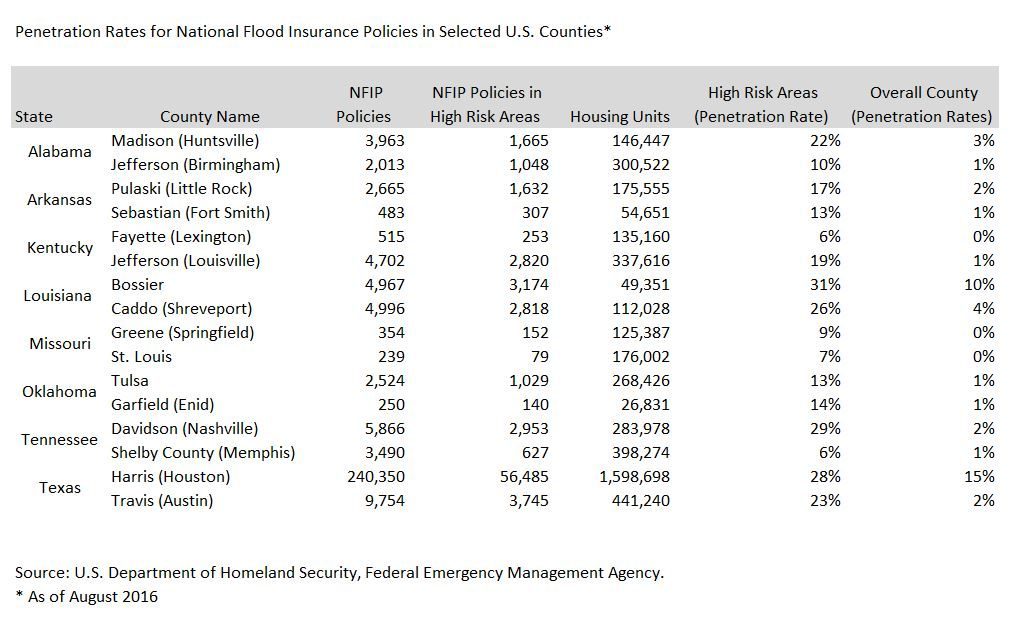